Our research group has been developing technologies to monitor and measure the performance of access networks for nearly two decades. Past work involved developing one of the first router-based Internet "speed tests", the design of which ultimately formed the basis of the speed tests used in the Federal Communications Commission's "Measuring Broadband America" program.

Video streaming comprises more than 75 percent of today's Internet traffic. Accurately measuring the quality of experience of such service, both in broadband and cellular networks, is paramount. Such measurement helps ISPs detect performance issues, preferably before customers make calls about degraded service. This allows ISPs to take proactive actions that can improve service performance, such as re-routing a stream over a less congested path.

Yet, inferring the quality of an application's service on a network is challenging. This requires both domain expertise in networking, deep understanding of the target application, and systems/DevOps capabilities. Meanwhile, ISPs are spending a massive amount of money on running customer call centers without good answers to provide: not because the lack data but because the lack of an efficient and accurate video QoE monitoring solution.

Network Microscope is a system that accurately infers video streaming quality metrics in real time, such as startup delay or video resolution, by using just a handful of features extracted from passive traffic measurement. Network Microscope passively collects a corpus of network features about the traffic flows of interest in the network and directs those to a real-time analytics framework that can perform more complex inference tasks. Network Microscope enables network operators to determine degradations in application quality as they happen, even when the traffic is encrypted. 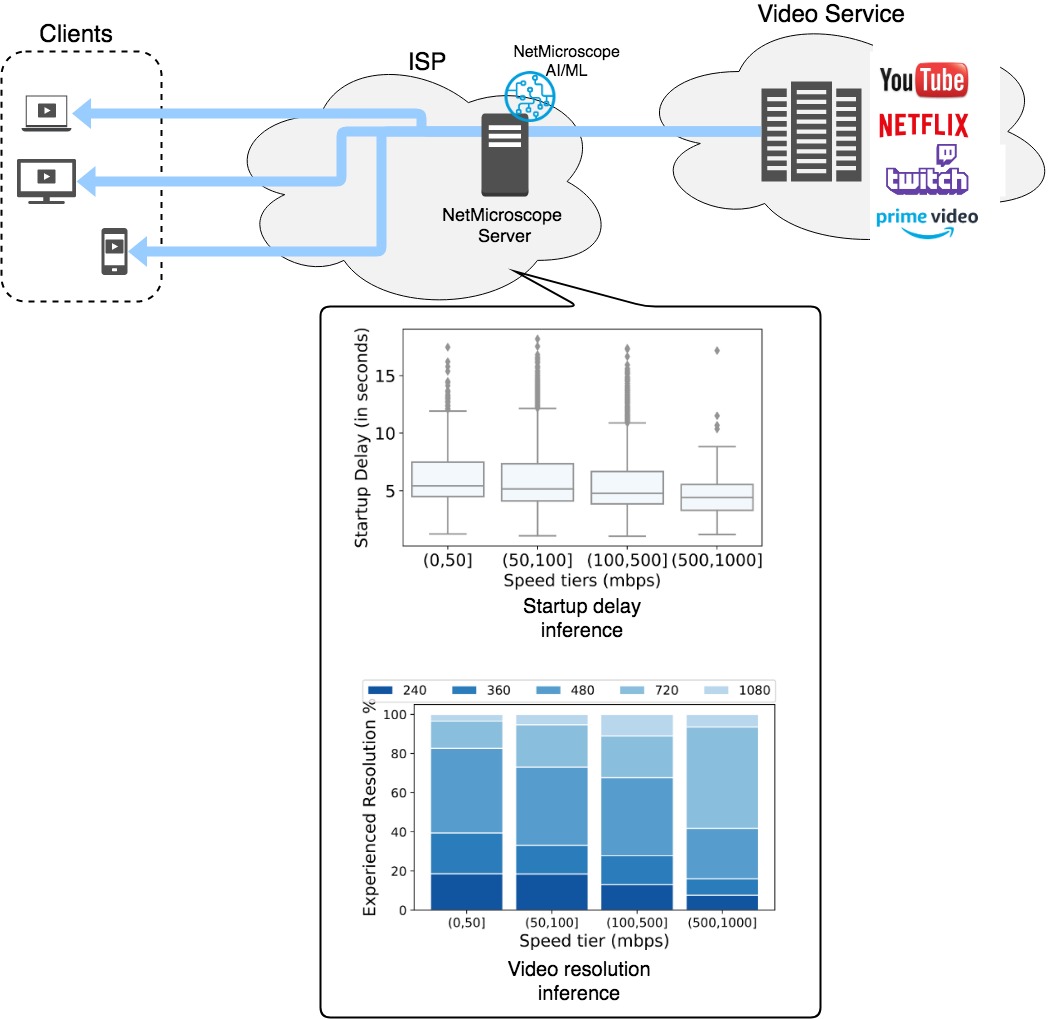 BISmark is the Broadband Internet Service Benchmark. It is a project initiated at Prof. Feamster's research group at Georgia Tech in 2010. It is now led by University of Chicago. The project initially developed an OpenWRT-based platform for performing measurements of ISP performance, as well as traffic inside the home. BISmark can measure ISP performance, visualize and monitor traffic patterns from users and devices inside ia home network, and perform other network management tasks, such as managing usage caps.

The initial BISmark deployment spanned 400 home networks in 30 countries and resulted in nearly 20 peer-reviewed academic conference publications. The project also had a dashboard to allow users to monitor the performance of their home network over time. The source code is available on Github, and all of the performance measurements are also publicly available. The BISmark performance measurements are now integrated into current deployments ot NetMicroscope. 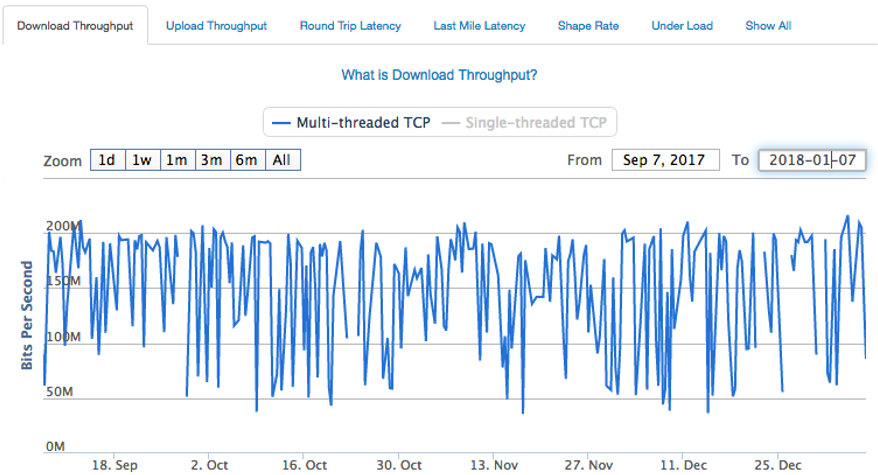